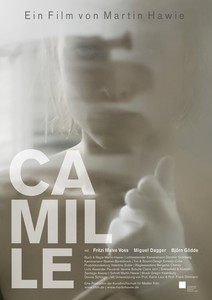 Synopsis: In her loneliness, the young masseuse Camille experiences a daily routine determined by constraints and rules. Not being able to accept herself, she withdraws more and more into a self-imposed isolation. Camille’s controlled life changes only when she secretly observes her neighbour, who awakens sexual fantasies in her, and gives her the courage to change.

Background: This film was shot in Cologne in the short time of eleven days. This was preceded by months of pre-production. The lighting design was mainly developed and implemented with Alexander Pauckner as the gaffer. For the seven-minute planned sequence I was assisted by gaffer Verena Schulte. Together we created the mixture of minimalist twilight and mocking bright light to support the dramaturgy of this scene in the best possible way.