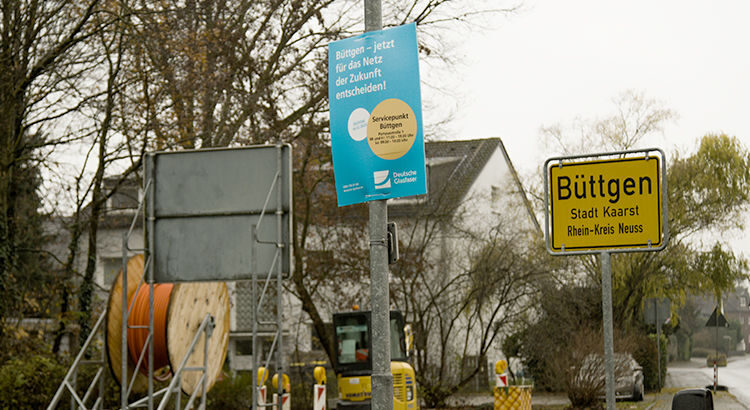 Last week the film, which was meant to convince the people of Büttgen of fiber internet, was released. The press reported about it and many people saw and shared it on various channels. And lo and behold: we are getting fiber in Büttgen! The power of moving images?

The facts: for a demand survey to be successful, 40 % of all households had to sign a contract. After several weeks of an ongoing demand survey and increasingly slow progress, the result for Büttgen was 30% on the closing date. Fortunately, there was an extension of almost 5 weeks, but no more figures were communicated. if progress had continued to be so sluggish, the demand survey wouldn’t have been successful in any case. so last week the film was released, and then, just under a week before the new deadline, a successful demand survey is announced.

Only the provider Deutsche Glasfaser will know whether the film was decisive or not. But it certainly played its part.