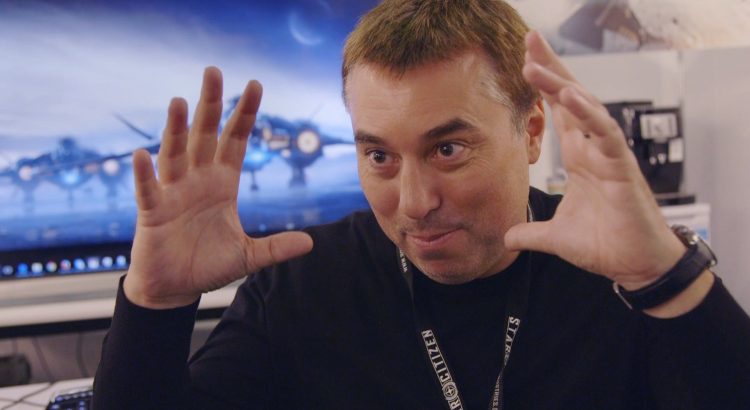 As part of a film shoot for a documentary, which I’m producing and realizing with Patrick Jäschke (partly with the support of av22), we teamed up with Michael Graf ( vice editor-in-chief of GameStar) at this year’s Gamescom and filmed an interview with Chris Roberts. Chris Roberts is known to gamers as one of the most important and influential game developers for space games. In the interview he talks about the state of his latest project Star Citizen, which is the most successful crowdfunding project of all times with its current amount of almost 124 million dollars. You can watch the interview on the website of GameStar: Click

The parts relevant for the documentary cannot be seen, but I can already say: they give a nice insight into the big world of space games. By the way, the development studio is shooting their own reports to keep crowdfunding supporters up to date and in their piece about Gamescom you can also see us at work for a few seconds: Click