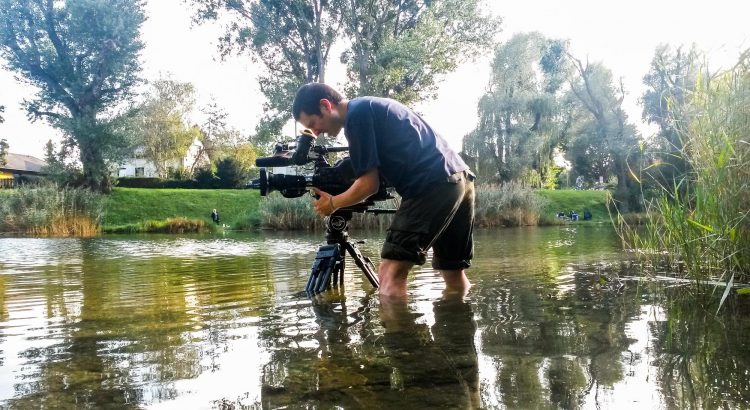 What you do for a good image. In this case, we were in Vienna. It was, unlike Cologne, warm like in the summer. With our trousers on Steve Urkel height I went into the cool water.

In general this shoot was rather varied. There was good, even very good food everywhere we went. Of course we had Viennese food (I also tried the Wiener Schnitzel from my coworker and approved). In addition, during the break before another shoot, we had a one-hour stay in the wok house, an Asian grill, where we thought: let’s just add three euros and then have much more instead of a menu! That was also delicious, and we’ve overeaten ourselves mercilessly.

The only thing that was annoying during the production was the driving from Cologne to Vienna and back, especially since we drove back on Sunday and it was the end of holidays in several federal states. So we got to see the full anarchy on the streets. Luckily we were able to avoid the two worst traffic jams via country roads. Fun Fact: The A3 leads from Cologne directly to Austria. That means you drive more than 700 km on one and the same road, always straight ahead…

One unicorn to finish: